The party approached Slateholm and noticed a wild carnival going on beyond the gates. They asked the guards at the gate about Nebula. Had any female dwarves come into the city recently, they wondered. The guard pointed to the mass of freaks in the city streets and indicated there were many dwarves among them.

On the way to The Dancing Toad, they saw a boy dressed in a wolf outfit held in a cage. The owner, a well-mannered dwarf, noticed their stares and engaged in conversation. Azrak was confrontational. Maybe he wanted to free the poor wolf-boy. The party moved beyond the distraction.

They arrived at the inn to find it filled with patrons. They caught the attention of the barmaid who filled orders for mead and ale. Ghevont asked after Nebula, but the barmaid was confused, thinking Ghevont was looking for companionship. When he clarified that he was looking for a lady dwarf, it only made things worse. Ghevont moved on to Jolar, the owner of the inn. He warned him of Nebula possibly coming here to kill him. It was understood in the party that Nebula’s distaste for the innkeep had only grown over time. His creepiness was a recurring topic.

Jolar shrugged off the warning, having no memory of the party’s previous visit. Ghevont took a different tact. He bought a round for the house, which lightened spirits considerably. A series of rounds were poured and many patrons succumbed to sleep. Ghevont asked Jolar for a room, but all were booked. Jolar offered to share his own bed, which fostered a sense of creepiness in Ghevont. Nevertheless, he accepted the offer.

They woke in the morning to a rooster crowing and then banging on the door of the inn. Jolar had crawled into bed with Ghevont despite instruction to sleep on the floor. He rubbed the sleep from his eyes and stepped between snoring revels to open the door. There before him stood Nebula with murder in her eyes.

Sensing danger, Ghevont cast a hold person spell on Jolar. The party began talking Nebula down from her plans of violence. Killing the innkeep in his own establishment in front of many witnesses would surely lead to dire circumstances. Eventually they calmed Nebula who then explained where she’d been.

While waiting at the inn, bandits came and slyly got the drop on Nebula. They forced her to tell a story about how she was tired of waiting. They all left for Slateholm with the tapestry. A few miles north, they were attacked by orcs who slew the bandits, took Nebula prisoner and headed back south. The orcs were lead by a formidable she-orc named Badushna. The orcs were sloppy in tying up Nebula. She managed to escape with her pony and Azrak’s war horse.

They knew they had to head back to find that valuable tapestry, but first a visit to Benibil’s Oddities was called for. They stocked up healing salves. Tienarth purchased a magical walking staff. Then they headed right back down the road to Morgansfort.

Presently they came to the spot of the ambush where off the road a bit they found a wrecked wagon, a bandit tied to a tree and an orc struggling with a spear through his chest. Globo tried talking to the orc, but go not answer. The bandit weakly spoke up and asked for help. “That’s one of the bandits that kidnapped me!” announced Nebula. The next moment Azrak cut his head clean off, along with any chance of information.

The orc was not speaking, so Ghevont tried healing him. The healing spells actually damaged him. A second spell and the orc lay still. The theory was that the orc was actually undead.

On their way south, they found another wrecked wagon, this one surrounded by giant rats. Tienarth put all of the rats to sleep. Nothing was found amongst the rats except a rotting foot. 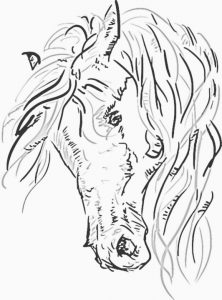 Later that day, they met a wagon filled with rotting fruit accompanied by 13 men on horseback. After some brief talk about how the men were taking the fruit to sell to goblins, Globo stepped up and killed one of the men. A short battle ensued with most of the men falling quickly. Ghevont held the man who seemed to be the leader. Nebula took a strong blow to the chest and promptly passed out. Fresh, red blood gushed from her side. Healing salve stopped the bleeding, but her health was damaged. All but one of the bandits were cut down. One escaped.

Under the rotting fruit, they found three chests filled with swords. Clearly they were smugglers aiding evil goblins, and they deserved their fate.

The party found themselves with a wagon and 14 horses, two hitched to the wagon and the rest saddled. They drove them all down to the Dancing Frog. They dumped the bandits’ bodies in the river to be taken out to sea.

The two dwarves, Azrak and Nebula, became enthused over the horses, fantasizing about becoming horse-breeders. Azrak remembered a ring he’d found and it’s power to allow him to speak to animals. He considered giving it Nebula, but found he could not part with this. He then began talking to all of the horses, asking their names. Azrak’s horse was Phaemo. Tienarth’s was Banew. Ghevont’s was Phnanu. Globo’s was Sicha. Nebula’s was Deliaza. And the horse Ferris rode was Mahae.