From below, the party heard Globo calling up the shaft. They let down a rope for him to climb. He was not quite his old self, but still sturdy. Azrak descended the rope all the way to the bottom to retrieve the magical rope. The bone golem was definitely destroyed by the fall.

Ferris climbed up to the next level and secured a rope for the rest of the party. In one room, a 5-foot globe of obsidian hung by chains over a brass dish with a dark red stain. Below that, a smaller brass dish held ashes. The other room was a bedroom with an odd bed held at a 45-degree angle, a desk and backpack on a hook. A pentagram was drawn on the floor with blobs of wax around the outside edge. 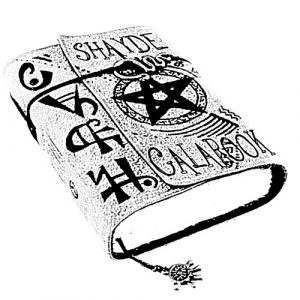 Upon some thought and examination, Ghevont pondered aloud placing his blood in the top dish. Nearly everyone shouted their disapproval. Clearly the evil device demanded the cooking of blood and they party imagining it would summon a demon. Globo was fascinated by the idea, and he declared that he’d recently been in Hell so he had no fear of demons or even returning there. Ghevont, Azrak and Ferris tried to stop him. He shrugged off their grapple attempts and managed to spill blood from a cut to his hand into the dish.

“How will you start a fire?” asked Ghevent. Alas, Globo had no way to start a fire. Next, Azrak crashed his ax into the chains, allowing the globe to drop into the dish. The party pushed the whole mess out the doorway and down the chute. It crashed to the bottom of the shaft. The globe split in half and a foul sulfurous smell rose up the entire 150 feet. 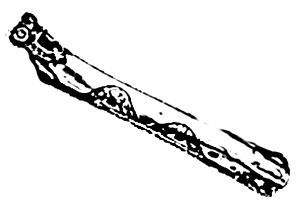 Ferris searched the bedroom and found a trap on the desk drawer that he could not disarm. In the backpack was a spellbook, a flute and a scroll. Tienarth flipped through the spellbook of Shayde Calarook. It contained the following spells: lightning bolt, locate object, floating disc and polymorph other. Through experimentation, the party found that the flute bestowed luck upon the player and the scroll listed six items that could be summoned by speaking their names: candle, ladder, manacles, mirror, rope, whistle). 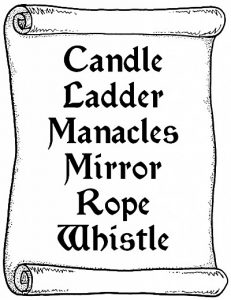 The party descended the tower to rest. During the night, they heard a loud grinding of rock. In the morning, they noticed the demon hive had dropped by 10 feet into the earth. They spent another day and observed a drop of another 10 feet. Satisfied that the threat was over and the hive would return to its demon realm, they walked back to the Dancing Frog.

On arrival, they party was surprised to find the coach, the tapestry and Nebula gone. The innkeeper claimed Nebula tired of waiting and headed to Slateholm. The party immediately began marching for Slateholm. They went first to the adventurer’s guild for training with plans immediately thereafter to find Nebula and the tapestry. The Dancing Toad would be their first stop.