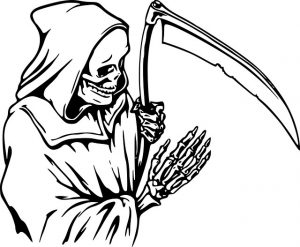 You may use the generator for these results.

All Save vs Death rolls below use the character’s CON bonus, positive or negative.

Surviving characters immediately suffer 1 point of damage to the stat listed in the hit location table below. This damage is permanent. 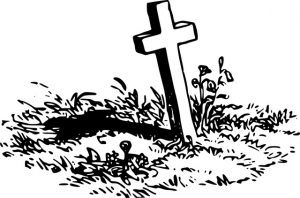 Azrak, a 2nd level fighter, has 3 HP and is struck for 5 HP, making his new HP total -2. Azrak has 15 CON, so he will add +1 to the roll. Azrak is 2nd level, so he takes -2 and divides by 2, making -1. The +1 CON bonus cancels out the -1 adjustment for going into negative HP. Azrak rolls a 7. He’s got a broken bone. It’s his right arm. He also rolls a save versus death and fails. He’s knocked out for 13 rounds. When he wakes up, he will be able to do nothing beyond walk, and his carrying capacity is halved.

Dead characters my be resurrected by clerics or reincarnated by magic users. Either specialist is likely to ask for at least 2,500 gp. Clerics will also require the character to complete a quest.

Adapted from Troll and Flame’s Deadlier Death and Dismemberment