Disappointed with the loss of what must have been a valuable treasure, the party travelled back to Lah’s Retreat. Lah met with them in the afternoon to work through several tasks. First, he arranged for Globo to make a solitary retreat up the mountain to gain better understanding of his fighting ways. A monk led Globo up where he planned to spend a week meditating. Lah explained that any time the party wished to benefit from the experiences of their recent adventures, they might take a retreat as well. An unwritten subtext was that large donations to the church were expected.

The second topic Lah introduced was about the two mirrors left in Morgansfort. Lah told them he’d been arranging for the recovery of the mirrors. Ghevont made it clear to the rest of the party that those mirrors were his alone, that he’d paid them for sole ownership.

The third task was to rid the party of a curse they’d been carrying for months. They knelt as Lah prayed. The curse was lifted. He explained the curse was particularly antagonizing to any foes they’d met while under its power. Perhaps they would now find more peaceful encounters. 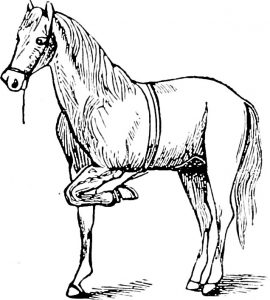 Once again, Azrak spent time talking with his horse, in particular discussing mathematics. By asking many problems of addition (e.g. “What’s 100 plus 100?”) he discovered that his horse seemed to understand any number greater than 2 as identical such that the horse could struggle to compute 1+1 as 2 but 2+2 or 100+100 were both answered as “a lot”. Furthermore, sometimes the horse did not know its own mind or ability. When Azrak asked, “do you know what one plus one is?” the horse would answer in the negative but still return the right sum.

As Globo’s training and the retrieval of the mirrors would take a week, Lah asked the party to travel to the town of Saint Orlan to investigate a growing problem. Townspeople were going missing. The party agreed and set off the next morning on horseback.

About six hours down the road, they were ambushed by goblins who popped out of bushes and fired arrows. Only one nicked Nebula. Next, a bugbear stepped into road and ordered the goblins to attack. Three groups of four goblins rushed Azrak, Nebula and Ghevont. Each of them was grappled and pulled off their horses. Presently, Tienarth cast a sleep spell. Most of the goblins immediately collapsed. So did Nebula. Still, two waking goblins had their arms wrapped around Ghevont and Azrak. Another goblin stood over the sleeping Nebula.

The bugbear flew into a rage and charged at Ghevont who’d broken from his goblin grappler. Azrak attempted to headbutt the goblin squeezing him to no effect. A last goblin who’d been standing next to the bugbear ran up to Tienarth and stood ready, waiting. Tienarth smacked him smartly on the head with his staff. The next moment, Ghevont cast a holding spell that froze two of the goblins. It wasn’t long before the bugbear was struck down and all the living goblins, ten in all, were tied up.

Interrogation struck the party as a next move, so they woke all the goblins, now bound and set in a line. Azrak being the only speaker of Goblinish, the party fed him questions. The response of the first goblin was to spit in his face. Azrak spurred his horse and dragged the goblin around the road, but his tongue was not loosened. A second turn at dragging was too much for the brave defiant goblin, and he breathed his last. Azrak took a second goblin and threatened him with similar violence.

This second goblin begged mercy. He explained the attack was a mistake. Cruel humans were hunting the goblins. Further, the goblin explained they were slaves of the bugbears. The deceptive tones of Goblinish convinced Azrak that they’d do well to liberate the poor, oppressed goblins from their bugbear overlords. Where was their lair, asked Azrak. The goblin hesitated, offering several arguments for why the goblins simply ought to be let go. Eventually the party agreed to the promises of the goblins to behave and lead them to their home if they were untied. The goblins stood nervously together as they were untied, one by one. As Azrak began to free the last goblin, the one who’d cooperated most and was tied to a tree, another goblin wished a terrible fate to Purplesnount as a traitor. Immediately the goblins scattered in all directions. 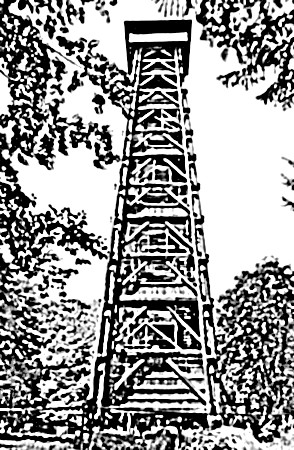 The party declined to pursue the goblins but kept Purplesnout as a slave. Azrak kept him tied but set him on the second horse. They rode on to St. Orlan. Soon they spied a 50-foot wooden tower with guards atop, set 1,000 feet from the town’s walls and the North Gate. The guards called down a greeting and warning them they could not approach the town with a goblin. Ghevont gave up some protest. Suddenly an arrow few, striking Purplesnount dead. Ghevont seemed to fly into a rage on behalf of Azrak’s lost goblin slave. A long argument commenced, mostly a one-sided affair where Ghevont gurgled rage up at the guards who remained silent. Ferris and Nebula attempted reason, which Ghevont shrugged off. Azrak claimed the value of the goblin at 50gp. Ghevont promoted the idea of just compensation for loss of a slave, though he put the price at ten coppers. The guards were unswayed. Ghevont threatened to leave. The guards gave no response. Ghevont declared a curse on the town. The guards gazed beyond the party to fishermen at the river beyond. Finally, Ghevont decided to take the complaint to an imagined magistrate. Meanwhile, Nebula had already headed through the gates into the town.

At the gate, more guards told Ghevont and Azrak about a sheriff in the North Gate ward, and they found his office quickly. The rest of the party retired to an inn. Azrak explained to the sheriff that he’d been wronged by guards who killed his goblin slave. “Who put you up to this jest?” asked the sheriff. Azrak and Ghevont were serious and still belligerent. They pointed to the goblin corpse outside. The sheriff explained that bringing a goblin, what the people of St. Orlan consider diseased vermin, into the town was a minor offense worthy of a 10gp fine. He expected prompt payment. He further explained that a bounty on goblins meant a reward of one copper per goblin ear, and the guards at the tower were likely disappointed they missed out on collecting its ears. At this, Ghevont and Azrak may have realized they were mostly powerless versus the bureaucracy. Azrak paid the fine to be sure to avoid trouble.

Ferris and Nebula went out in search of craftsmen. Ferris found a ropemaker in the river ward and bought a fine hemp rope. Nebula talked to a blacksmith and asked about making an exotic hidden blade. The dwarven blacksmith explained he was no weaponsmith. Nebula was disappointed. Ferris quizzed the blacksmith about people disappearing and it was confirmed that it had been going on for a year and seemed to be increasing. It was always a fellow who’d been drinking at a tavern and never made it home that night. Separately, Azrak talked to the same blacksmith and paid for 12 feet of iron chain to be picked up in a week.

Their business concluded, the party retired to the inn for a meal of pheasant stew.