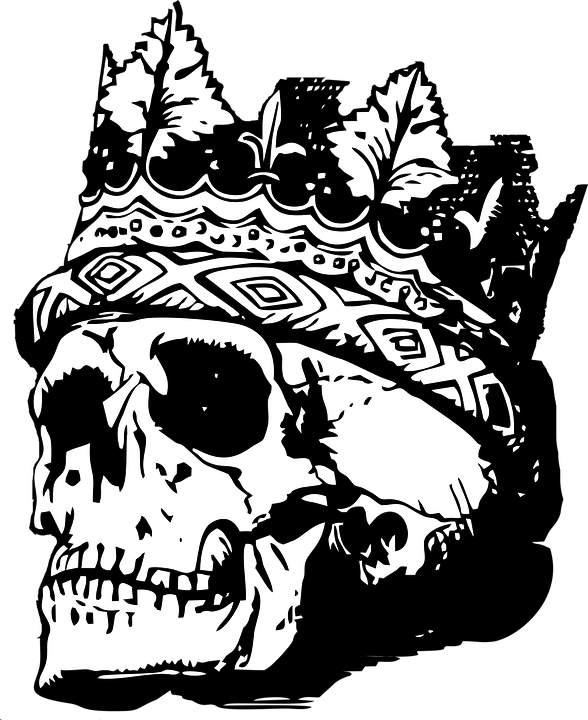 After a night will bellies full of giant frog legs, the party woke in the night to two ghouls shambling down the path. Arrows fired from the tower cut them down. Presently, a human scout named Jobar came running up, asking about ghouls he was tracking. He told a tale of a dark crypt and a ghost in plate armor who could not be hit with a sword.

Not long after that, a follower of the Anointed One arrived at the tower. He was hunting a necromancer, the very necromancer lying dead on the floor of the tower. This was Brother Uriah of the Maturinus Order.

The party accepted the two new members and headed north in search of the crypt. They met hobgoblins on the road. Uriah treated them with respect and they were friendly. A few hours later, they met goblins who Talon immediately attacked. Three were killed and one ran away. Some time later, Uriah called off a group of Kobolds.

Finally, a solitary gnoll approached. Org rushed to engage them despite not being completely well. Uriah fired off a sling bullet that missed the gnoll and struck a mighty blow to Org. This broke the confidence of the half-ogre. Talon threatened Jobar with death if he fired an arrow at the gnoll. Grom ran up and struck down the gnoll.

The half-ogre was quite disturbed by being struck in the back and complained bitterly about being near death. The party rested easy for a couple of days to recover his health.

Early one morning near dawn four humans approached. Again, Uriah made conversation and gained their trust. However, these men were bandits, as they freely admitted, and associated of the kidnappers killed by the party earlier. Uriah insisted that they repent of their sins. They refused. Further prompting angered them. Uriah insisted that they come back to town to face justice. With no cooperation possible, the hearty cleric swung his maul but missed. Then Talon and Jobar dropped two of the bandits dead.  The other two were killed quickly. So the party eventually made it to the crypt just as the sun was setting. They were not disturbed overnight. In the morning, they went past the iron gates to find three sarcophagi, two open and one closed. Their plan: open the lid and toss in a flaming flask of oil. As Org and Uriah approached, a wight spring out of his resting place. Uriah’s oil went wide, doing no harm. Org, suddenly gripped with fear, withdrew. This prompted immediate condemnations of cowardice from Uriah.

Meanwhile, Grom and Jobar missed with silver-tipped arrows but Talon landed one. The wight missed hitting Uriah and a second arrow from Talon dropped the wight.

Immediately, Org vied for the wight’s plate armor, despite the impossibility of being able to wear it and his lack of real participation in the battle. The party agreed: the armor was given to Uriah. It was magical. Grom took up a silver sword from the coffin. Talon took the crown from the wight’s head. The other two party members took shares of the gold.