Saint Orlan is known for resisting many temptations in his journey west after he rose of the Eastern Ocean on the head of an octopus. (The month of Octopus is named after him.) Along his path, undead arose to tempt him with powers and treasure, all of which he refused. When he reached the shores of the western ocean, he battled the lich Putah and was burned to ash that scattered to the wind.

A town in the western lands is named after the saint where the people maintain a small temple in his honor. The population is approximately 1,700 people in all spread over about 50 acres. A wooden wall surrounds a patchwork of buildings. Two odoriferous districts stinking of tanners and butchers are nestled outside the walls as well as a river district. Imposing wooden towers allow guardsmen to watch over the north and south gates. 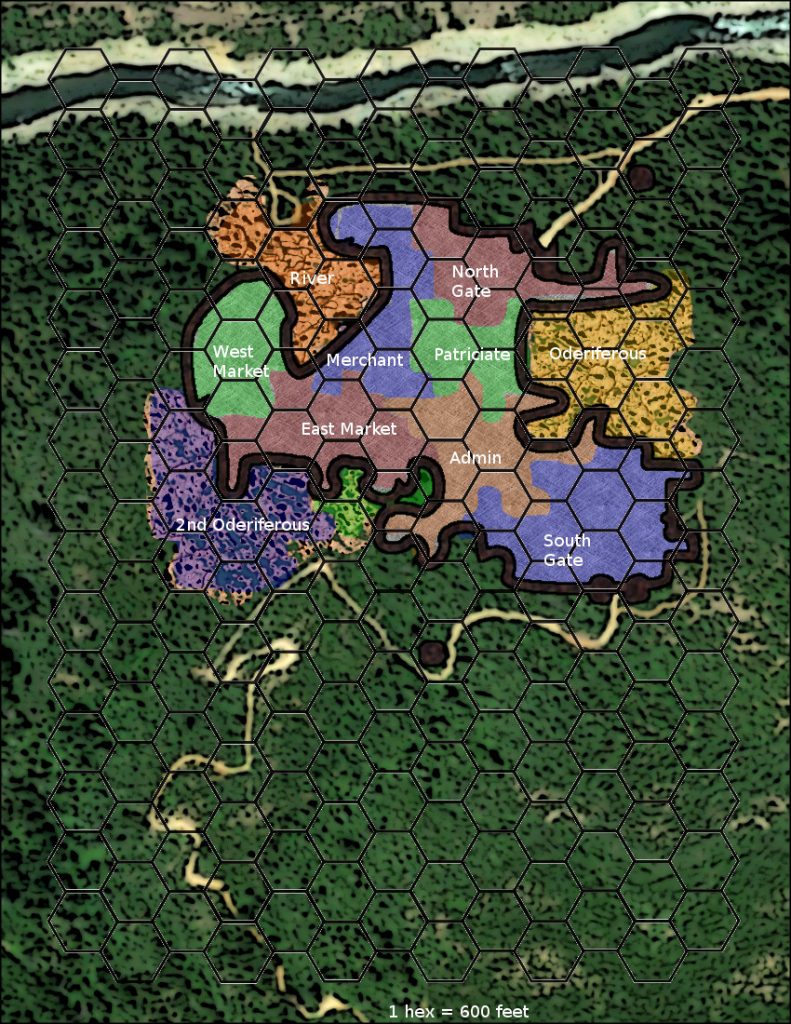 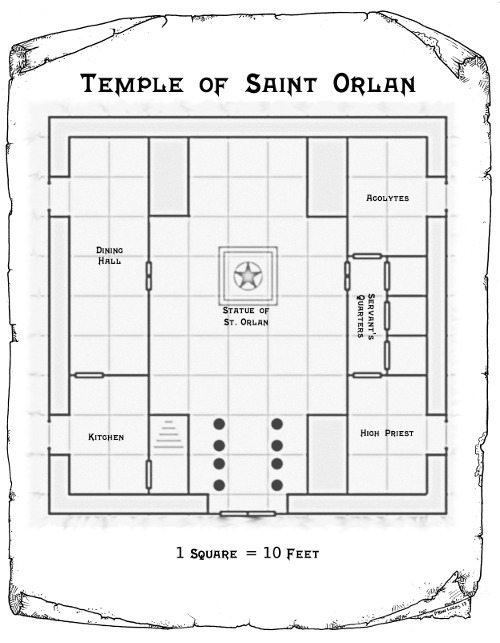