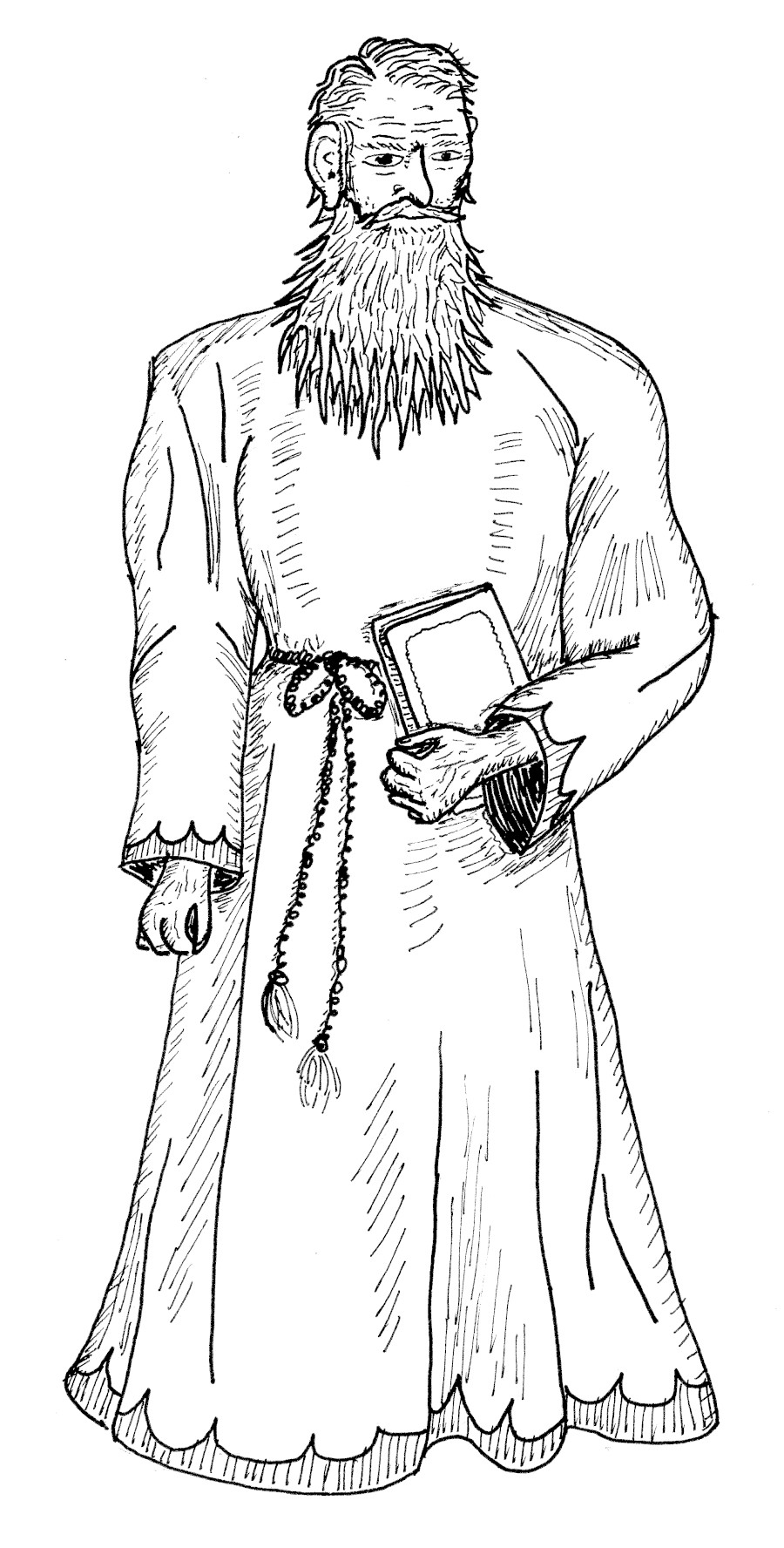 Lah is a legendary cleric who lives at Lah’s Retreat on the Slateholm-Morgansfort road, south of the Beleniasa River. Lah of of indeterminate old age with a gentle manner. He will often preach forgiveness to all creatures. Despite the negative attitude toward demihumans expressed by the empire, Lah believes in the inherent goodness and salvation of all intelligent beings.

Lah’s Retreat is home to many monk’s who tend gardens of flowers and vegetables. They keep animals such as horses and cows but never slaughter them, eating mostly a vegetarian diet. Travellers stopping at the retreat can often benefit from magical healing if they are faithful and appreciative.

In the month of the Angel 5542, Lah performed the miracle of resurrection on the barbarian Globo.