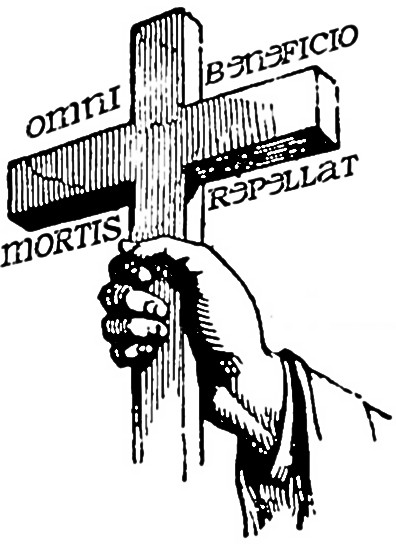 The state religion of the Great Empire in the east follows the teachings of The Anointed One. The religion is relatively new, historically. It rose up soon after the appearance of undead. Only humans are clerics. The church considers demihumans as flawed and perhaps dangerous. Influence of the church in the west is limited.

Clerics who worship The Anointed One gradually gain power over death beginning with the abilities to heal injuries and to repel the undead. This latter power is typically performed by holding out a holy symbol and reciting omni beneficio mortis repellat.

The Anointed One first appeared walking on the surface of the far eastern ocean, seemingly walking out of the rising sun. For 40 years, he walked directly west.  At times he climbed steep mountains, swam through lakes and sailed on ships. He performed many miracles and gathered a crowd of followers. At the end of his journey, he seemed to climb an invisible stair into the sky to mount the sun. His most trusted disciples climbed, too. They rode the sun down below the horizon. Today, scholars attempt to trace his steps, though it is not known precisely. The capital of the empire’s main street that divides the city in half is called the Anointed Road.